Skip to content
Quakers yard was the home of one of Wales’ greatest Sportsmen, the legend Jimmy Wilde 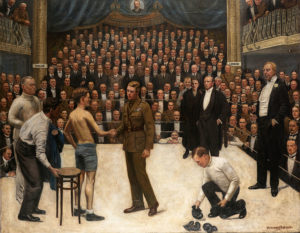 In 1895 the family moved up the valley to number 8 Station Road, Pontygwaith.

The family had moved to Tylorstown in the Rhondda Valley by 1904 Jimmy Wilde was just twelve years old, and he was working underground, he was a small lad and was able to crawl through gullies impassable to most of his colleagues. This helped him develop his amazing strength despite the fact that he never weighed more than 8 stone throughout his career. Wilde honed his fighting skills in boxing booths from the age of sixteen, and soon realised it could be much more lucrative than a life down the pit.

Wilde went undefeated in 103 bouts, all of which were held in Britain, a remarkable achievement.

In 1916, he was crowned the first official World Flyweight Champion at the age of 24.

He had a record of 131 wins, 3 losses, 2 draws and 13 no-decisions, with 99 wins by knockout, which makes him one of the most prolific knockout winners of all time

Wartime service as a Sergeant Instructor interrupted Wilde’s boxing career, but he returned to the ring and toured America for a year.

Sadly his powers were on the wane, and he retired in 1923 after losing his world title to Filipino fighter Pancho Villa in New York.

Wilde was known by a string of nicknames – the Mighty Atom, the Tylorstown Terror, and the Ghost with a Hammer in His Hand. 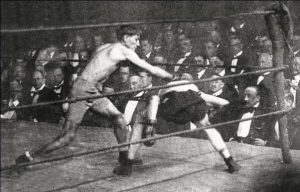 The story of one of Wales’ true sporting greats has a tragic end.

He was mugged on a Cardiff railway platform in 1965 and spent his last four years in Whitchurch Hospital.

Jimmy Wilde died in a hospital near Cardiff and was buried in Barry Cemetery.

The young lad born in Quakers Yard, earned the right to be called one of the greatest boxers of all time 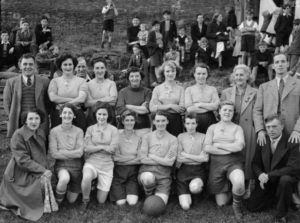 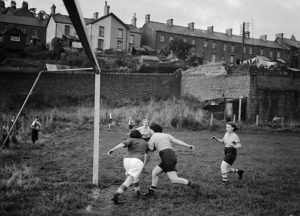 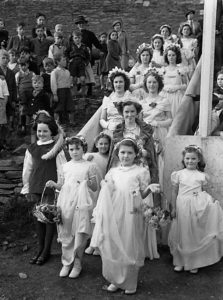 Carnival Queen was held the same day, all based around 100 years since the Great Exhibition of 1851 to promote all that was good in Britain,communities across the realm were invited to participate in various events to promote their communities. 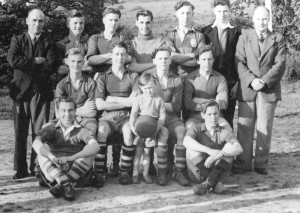 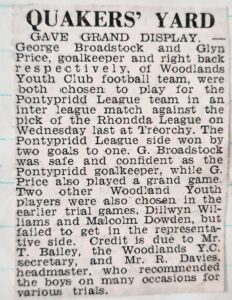 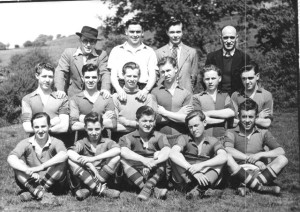 Below is another team from Woodlands Quakers Yard 1953 (courtesy of Ron Davies) We played a friendly at Llanidloes, Ron apologises for forgetting a lot of the names but to be fair it was over 50 years ago! 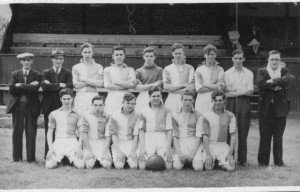 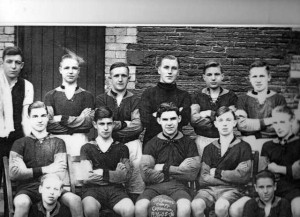 Popular faces from Quakers Yard..taken at the now demolished Buff Club, Leighton Bethel,(far right second row from front) the former landlord of the Glantaff is amongst the players. 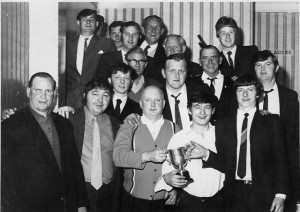