It was opened by Thomas Powell in 1811, and from 1841 was served by the bespoke Llancaiach Branch line of the Taff Vale Railway

This level employed 56 miners in 1842, including 13 boys under 13 years of age (John Davies was five years old and David Harris was eight years of age).

By 1847 was in the hands of Thomas Powell’s, Powell’s Gelligaer Coal Co. Ltd., and it was from the profits of his small levels such as this one that enabled Powell to move into deep mining in the Cynon Valley and form the basis of the Powell Duffryn Steam Coal Co. 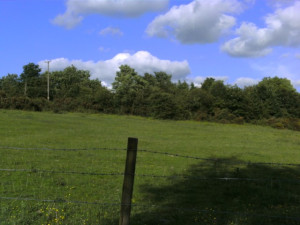 Above we see the site of the former Llancaiach Colliery and below we believe is the old Blacksmith shop of the colliery, now used as a stable 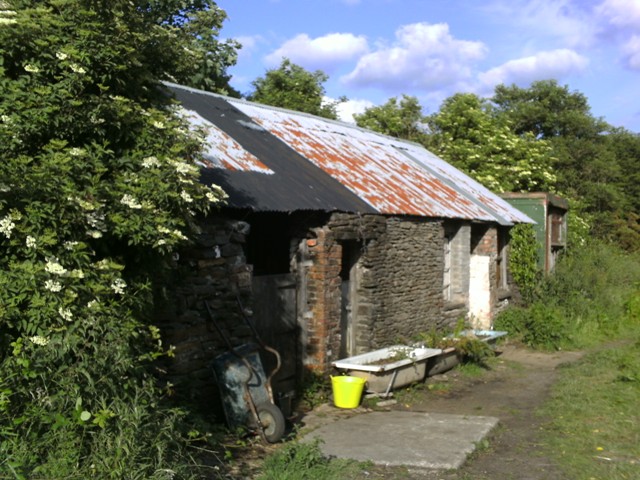 This level worked the Mynyddislwyn seam which it found had a section of, coal 42, dirt 10”, coal 28”. 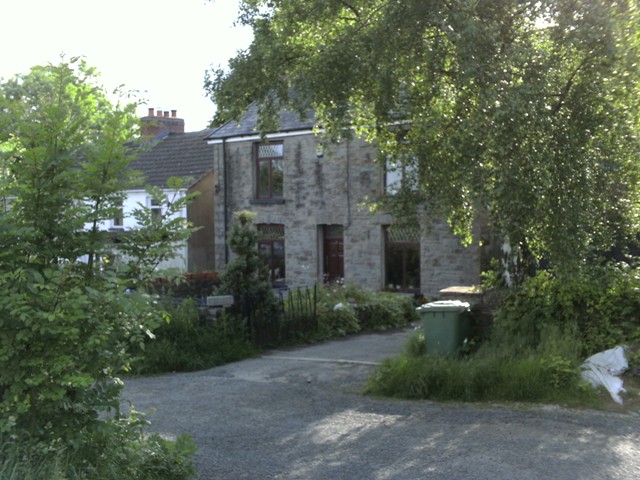 Above is the former Llancaiach colliery managers house 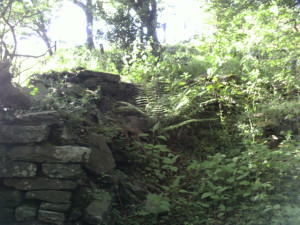 Above are what is left of an old Lime Kiln, one of two that were once productive in the area of the Llancaiach Colliery.

The following is a report of a heroic mine rescue in the Nelson Colliery.

In February 1866, the owners of the Llancaiach Collieries were taking out several lifts of pumps from a shaft, preparatory to turning it into an up cast shaft. Suddenly an incident happened, which involved the marvellous escape from sudden death of a pitman named Aaron Phipps, under most unusual circumstances.

A ladder, which was resting on a staging, about 270 feet above the bottom of the shaft, was occupied by a pitman , who was engaged in removing a portion of a H-Piece, by a simple accident a sudden strain was thrown upon the ladder, which in its turn weighed unevenly on the staging. Naturally the staging canted over, with the result that the ladders, with its precious load (Aaron Phipps) turned completely over until, with one end resting against the furthest side of the shaft.

Phipps clung tenaciously to his precarious support, although in terrible agony from his leg which had slipped in between the rungs and had become broken.

The ladder now lay right athwart the pit, and poor Phipps had no other support.

The workmen at the surface soon learned the actual state in which their friend was placed, and the fearful death that awaited him unless their aid was forthcoming.

They lost no time in their arrangements to descend the shaft. A windlass with a hempen rope was rigged up, and in a noose at the end of the rope Thomas Jones of Nelson seated himself and descended to ascertain still more precisely what was necessary to be done to bring Phipps to bank.

For some time no message could be sent up, for when Jones reached the ladder he found the poor pitman was about succumbing to the severe strain to which he had been subjected, and was yielding his grasp of the airy support. Jones, although seated himself, simply in the noose at the end of a rope dangling in mid air, actually placed his back under Phipps and helped him against the ladder, thus supporting him until further assistance was forthcoming and they were both helped back to the surface in safety.

The Smallest Colliery in the Kingdom! 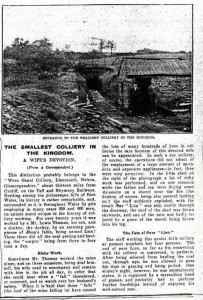 A further report of the accident in which a lad put the frozen dynamite on a shovel to warm up can be found below.

Dr Leigh was a doctor who lived at Glyn Bargoed house in Trelewis and he often attended local colliery accidents during these years. 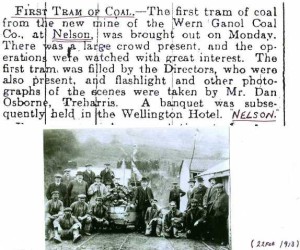 The photograph above must have been of a new Wern Ganol level, it was taken in 1913 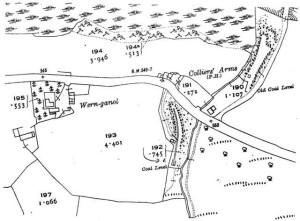 Map of where the Wern Colliery was
Top Hill Colliery

This was a small level that worked the Mynyddislwyn seam for gas and house coals. It was working as early as 1840 when it employed 67 miners including Richard Richards aged seven years who told who told the Royal Commission investigating children working in mines; ‘I help to fill my father’s coal and sometimes he even lets me cut it in his stall. I work for about ten hours a day and sometimes I get very hungry. I was six when I first came down. I can only speak Welsh.’

In 1896 it employed 47 men underground and 8 men on the surface with the manager still Llewellyn Watkins.

In 1918 it was owned by George Lewis of Nelson and employed 3 men. It then disappears from the records, probably because it is too small, until 1932 when it is owned by Griffiths and Company. It is not listed in 1935. location of this colliery is an area between Nelson and Gelligaer. 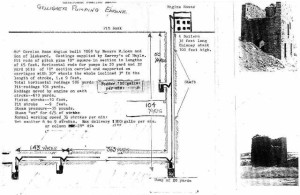 A plan of the workings in the shaft at the colliery, top hill farm still survives today. 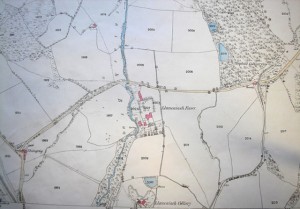 I found this poem amongst some old things in the Merthyr Library, I have no idea who the author was, but it is a very good poem that is well worth sharing. 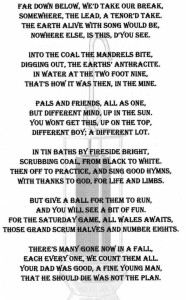 Robert has been collecting mining items for many years and he has working lamps and can even power the battery lamps. Here are some photos of his remarkable collection. Sadly Robert passed away in August 2018, he made many contributions and photo donations to this website and he will be sadly missed, rest in peace old buddy 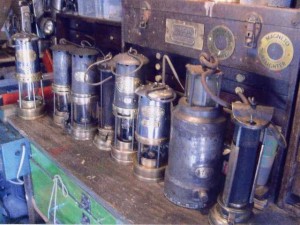 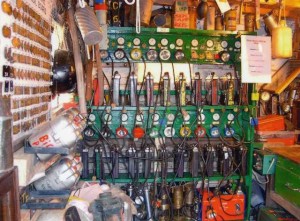 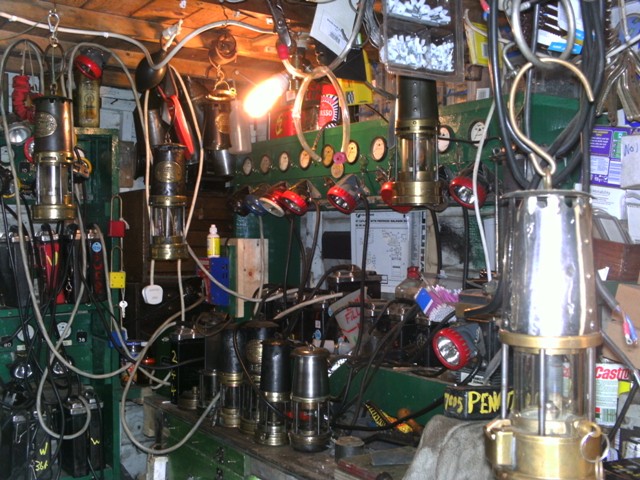 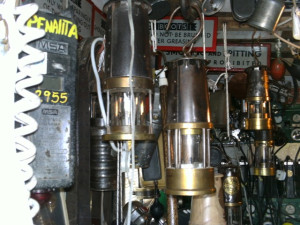 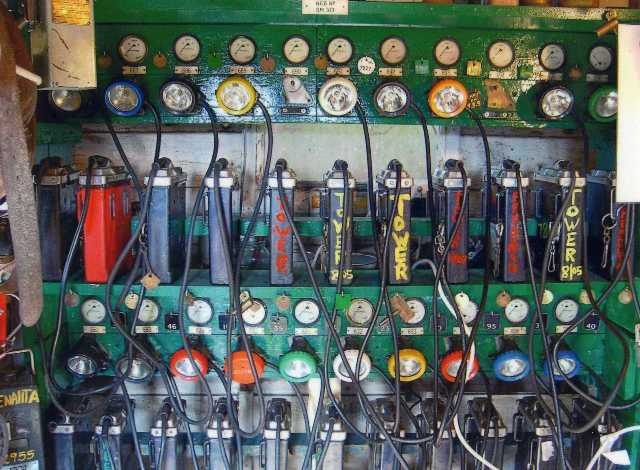