The old Peter’s & Osborne bottling factory stood where Graham Bridges business is now situated behind 17-19 High Street.
I was not aware of this factory until recently, as the only bottles I recall were found by the former Landlady of the Tyler’s Arms, Carol Evans (Mansell), when she was a young girl in Long Row.
This prompted my memory of the Pop Shop on the corner which was run by Roy (Jenkins)? in the 1960s.
He always had 2 large Alsatians that used to prop themselves up on the bar when you walked in..
Some of my nimbler friends took delight in raising extra pocket money by borrowing empty bottles from the back yard when the shop was busy- after all, before the advent of recycling, you could get 1d for an empty beer bottle and 3d for a flagon, provided they were sold from the premises.
Hence the Pop Shop was obviously inherited from the former business to the rear.

I’m sure there are few lads of my age who waited for Freeman’s to arrive to see the twins!
I think other names displayed were Deakin and Forrest’s.
In my day it was always the local Teddy boys who ran the Dodgems, Elvis, Bethel, Tolley & Brynmor come to mind.
I loved the penny slots and goldfish bowls, though always came away empty handed.
When I moved to Kent and had children, both my daughters were never allowed to go to the local fair as it was always closed!

Has a youngster I always enjoyed market day. I remember some of the farmers arriving on horseback and tying them up to the rings on the front wall of the Dynevor.Arms public house
Mike Shelton with his horse and cart and the baker behind Donald street, where I used to take Christmas cake to be cooked.

Memories of many businesses thriving in the small village

Nelson was a very busy village in those days and I have many memories of the time including The Teddy girls who rode the van for Bazely & Pearce.
Sienc Hughes the butcher at 9 High Street.
Franchi’s cafe on the square.
The only fish and chip shop was on the corner of High Street.
Chips were 6d, scraps were 3d
Teacher Miss Smith had a sweet shop, then Mrs Griffiths next to Pedro’s.
Billy Spriggs had the cobblers.
Vic Morgan had the ironmongers.
The building at the corner of Thomas street in the postcard, I  remember as Peglers.
Phil later had a fish shop on the corner of Ash Grove in the 60s.
John Jones the paper shop.
Mr Price was the barber in Wern Crescent.
Penry Price the blacksmith behind the Balfour.
You then had Piggy’s field. and the Calfaria.chapel 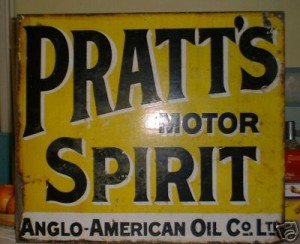 My first pint of rough cider was in the Wellington, which used to be at the bottom of the High street,  before going to the Queen of Hearts. when cider was 1/6d, beer was 1/10d and Newcastle Brown with the top off was 3/-
No wonder it’s called Commercial Street.
I still can’t explain how so many pubs, clubs and eateries can survive in a small village. 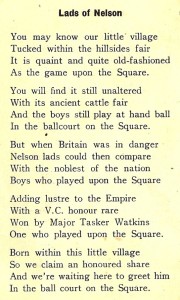 A poem penned about the village courtesy of Ray Davies