One of the most prostigious schools of the Merthyr Borough was Quakers Yard grammar School  originaly built on the site of the Primary school in Edwardsville, below is a photograph of the school.In 1922 Jacob Thomas was appointed first headmaster of the new Quakers Yard grammar school, Treharris, where he remained until his premature retirement owing to ill-health in Aug. 1931. 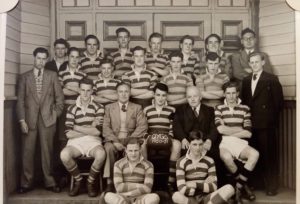 The 1950-51 team was captained by Colin Phelps and featured David Kelly, Richard Evans and from the commercial garage Haberfield Jones

Quakers Yard Municipal Secondary School/Grammar School was founded in 1922. The Junior Technical school was established in 1937. In 1955 the Grammar School and Technical Schools in Quakers Yard merged and reopened as one. The school closed in 1967, at a time when all secondary schools in the area were replaced with the new comprehensive school, Afon Taf High School. All pupils were transferred and the Headmaster of the Grammar School, D. W. Howells, continued as Headmaster of the new school. 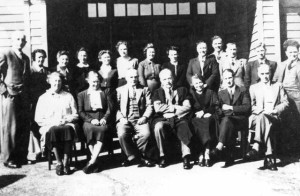 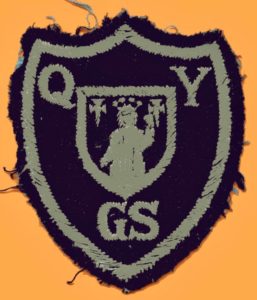 The school Blazer badge from 1969 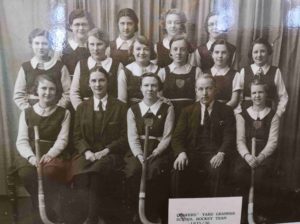 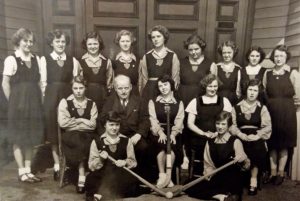 Above we see another Hockey team from approximately 1952/53

John O’ Brien remembered some of the girls

seated Judith Weale from Abercanaid and Jennifer Hilbourne from Treharris. 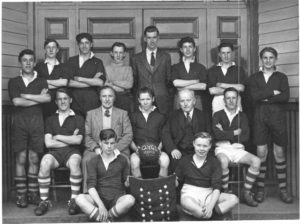 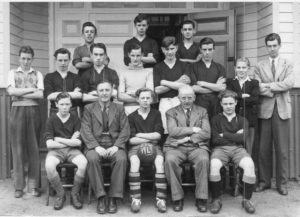 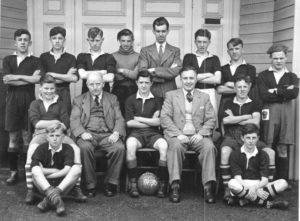 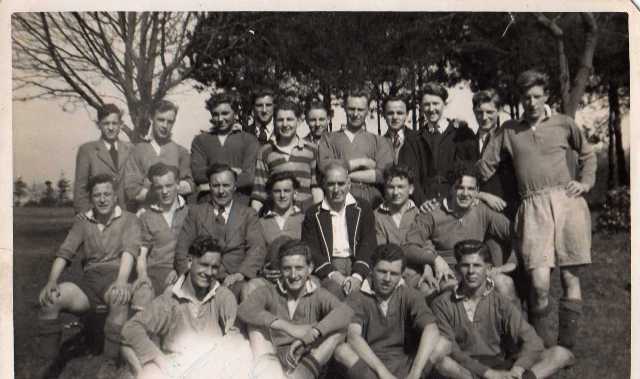 We do not know the identity of all the above but here are some of the names.

Cyril Sloggett (Mary St) third from left, next to him in a striped shirt is Haulwyn Griffiths of Cilhaul, next is Colin Evans of Fell Street, next, not in a kit is Henry Perrin of Suzzanah Place, then standing with his arm on the shoulder of Aldo is Gwillym Edwards of the Commercial Hotel.

first on left is John Lewis of John Street.

Before Edwardsville was named, it was usually called Quakers Yard, therefore, the name of the large railway station and schools were named after Quakers Yard 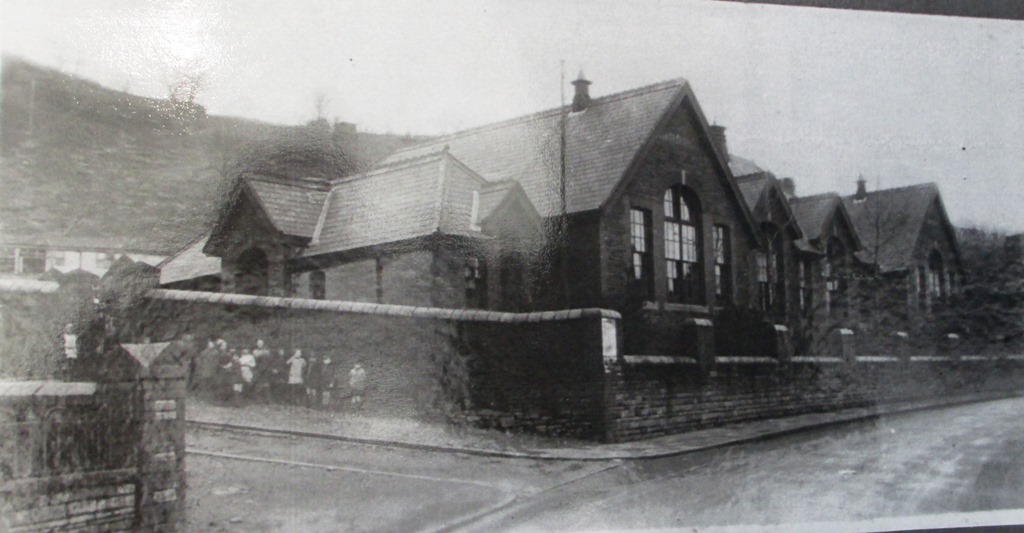 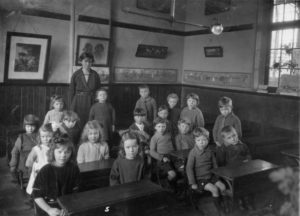 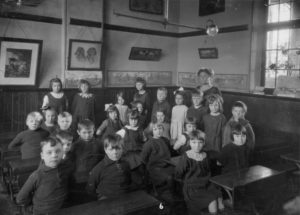 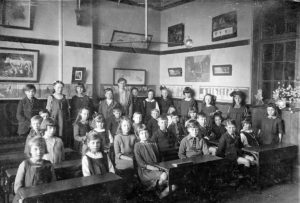 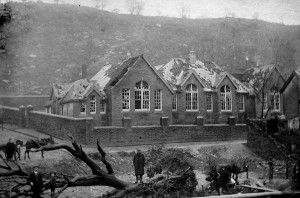 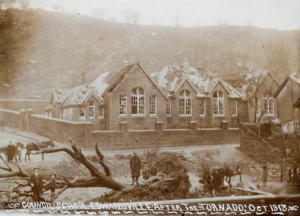 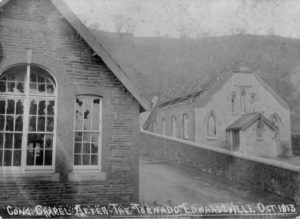 The Council School in Edwardsville 1913 hit by a Tornado 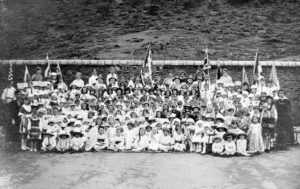 Celebrating Peace in 1919 at the school 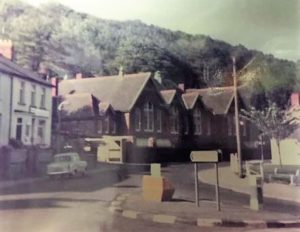 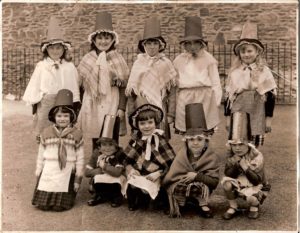 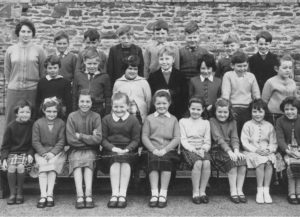 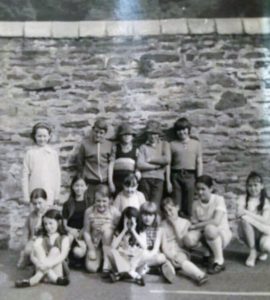 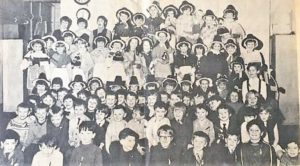 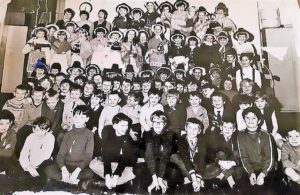 Above John Lambert and his schoolmates from 1970s 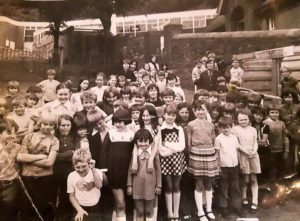 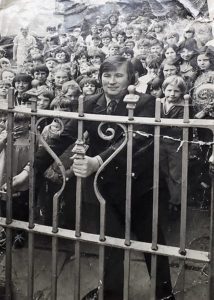 A new school opened in Edwardsville in September 1975 and was built to replace the schools at Webster Street, Treharris Central, Woodlands and Edwardsville itself. The school, although occupying one site consists of two separate schools, junior and infants 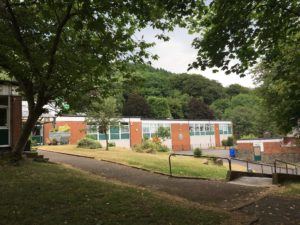 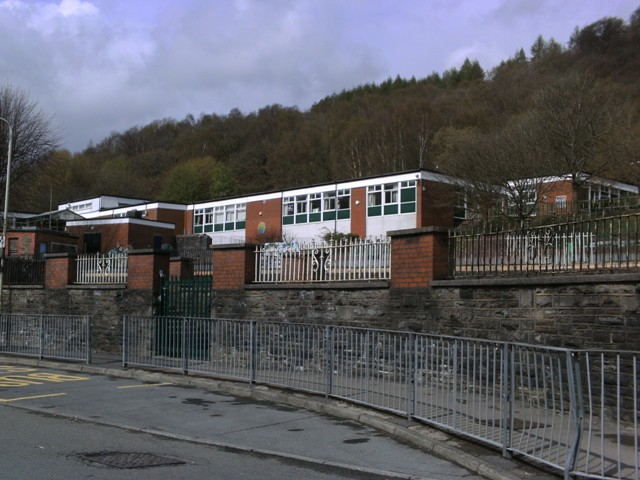